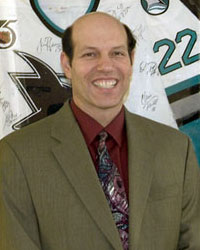 Dr. Sontag was the team physiatrist for the San Francisco 49ers from 1990 to 1991 and the San Francisco Giants from 1995 through 2001. He served as the team spine and pain physician for the San Jose Sharks from 1991 to 2014 and the Oakland Raiders and the San Jose Earthquakes from 1995 to 2005. He has also provided sports medicine coverage for the Menlo College athletic teams. Dr. Sontag cares for many of the World's elite athletes including Olympians, NFL, NBA, NHL, PGA and National Baseball Players.

A devoted father and husband, Dr. Sontag coached 32 of his children’s sports teams. He is currently writing a world history book and a book to assist physicians in starting their own practice.

A solution to your pain.

What people say about us.

Solution To Your Pain